Why waves team is not repaying their loans?

As in the title.

THIS IS BY FAR the biggest and the most detrimental issue that we are facing.
This issue is caused by the WAVES TEAM itself.

I think there are following reasons of current situation:

We should discuss here the root cause of the Virus liquidity squeeze.

It would be great if WAVES TEAM itself could say something about current dire situation. 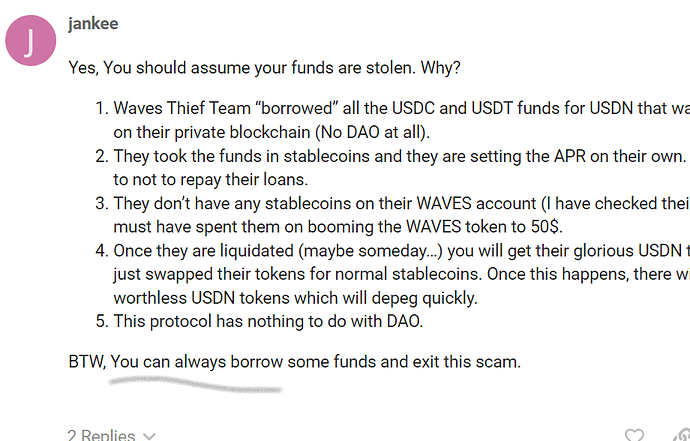 It’s within system rules. If WAVES team “borrows” and blocks whole system is ok for you. Otherwise you get angry, interesting.

Some people should be warned before an armageddon happens like in Terra.

That’s an accusation you still haven’t proved. And I don’t buy rumours. You wanted to steal, cuz you think someone else stole. Nothing else.