Why VIP-024 should have passed

Sasha Ivanov is on the receiving end of a lot of criticism these last couple of months due to the liquidity crisis on Vires.Finance. However, whoever follows his actions closely, both on- and off-chain, must come to the same conclusion as I have;

It is my humble opinion that he deserves more credit for what he has done so far keeping the ecosystem from collapsing, and deserves more trust in continuing to do so.

It’s not that complicated

The issue on Vires.Finance today can be summarized in just two simple constructs;

In order to solve this, changes are either already made or announced. This problem is identified and it is quite easy to stop this from happening again.

In order to solve this, Sasha has to repay the debt, which needs to happen rather sooner than later. As a community we need support and enable him in doing this every chance we get.

The proposal in question raised a lot of eyebrows. Before addressing the criticism, the community has had on this proposal. Let’s take a closer look at what the proposal actually entails, because frankly, it is quite a brilliant strategy.

Due to the creation of separate markets for account balances below and above 1M USDT/C Sasha’s interest payments would go down significantly. I estimate that around 65% of USDT/C debt would be transferred to the newly created “deprecated” market.

In the current situation Sasha’s interest on his debt is;

You don’t have to be a financial genius to realize that over half a million a day in interest reduces the chance of the debt to ever be repaid in full. Even if it’s possible with that level of interest, at the very least it will severely prolong the effort to do so.

If VIP-24 would have passed Sasha’s interest on the debt would be;

By lessening the burden posed by the high interest on the balances of Sasha’s debt a larger portion of his repayments will actually decrease his debt. This, due to the utilization dynamics of Vires.Finance, will gradually result in lowering the APR of the original market and therefor interest on this part of Sasha’s debt.

Similar to how the borrowing loop spiraled out of control, the above dynamics will snowball the large debt into the right direction. Creating a healthy, stable and attractive lending market, like Vires.Finance was before the current issue. Sasha will continue his efforts to repay the debt under much favorable circumstances, filling in his promise to make everyone on vires whole again, which includes repaying the debt on the “deprecated” market.

Addressing and accommodating the critics

Because VIP-24 has a big impact on Vires.Finance, it will obviously have a big impact on the community. Various types of users will be impacted by VIP-24 and I would like to address most of them.

Most notably depositors with balances over 1M USDT/C on Vires will be directly impacted by VIP-24, because it is their APR that will in part get reduced to 2.5%. Some community members find it morally incorrect to reduce the APR of funds above 1M USDT/C and therefor voted against the proposal.

The truth of this matter is that most whales would rather increase their chances to withdraw in the future than to continue to earn paper profits while jeopardizing the platform in doing so. I have discussed this with whales that I know, this is not pure speculation. Also, Sasha already mentioned that he is in direct communication with these parties.

Protecting the whales sounds honorable from a moral standpoint but in this case, whoever voted against this proposal on the whales’ behalf potentially accomplished the opposite.

I already argued that lowering the overall interest on the debt increases the likelihood of it being repaid. Those who agree on that but disagree on making a separation based on account balances and would rather see an APR reduction across the board overlook the effect that this will have on Vires.Finance. Part of the solution is to make Vires.Finance work again, lowering yield will accomplish the opposite since we won’t be able to attract new users.

The users that locked up their supply under the old circumstances would have seen their terms being changed before their lock ended if VIP-24 would have passed. In my opinion this is a legitimate argument which has already been addressed by Sasha in telegram as well.

In order to accommodate the users with locked funds there are multiple solutions discussed that won’t have a negative impact on the platform.

The best solution in my opinion is to unlock all accounts directly and give them the option to re-lock. It would mean that everybody can re-assess the new situation and op to re-lock if they choose to do so. At a later stage an unlock mechanism can be introduced separately from the current changes, since it is a solid idea which can generate additional revenue for the platform.

The most vocal fraction of critics of the new proposal have been the gVires stakers. Who will see their income decrease once APR is lowered for such a great portion of debt. 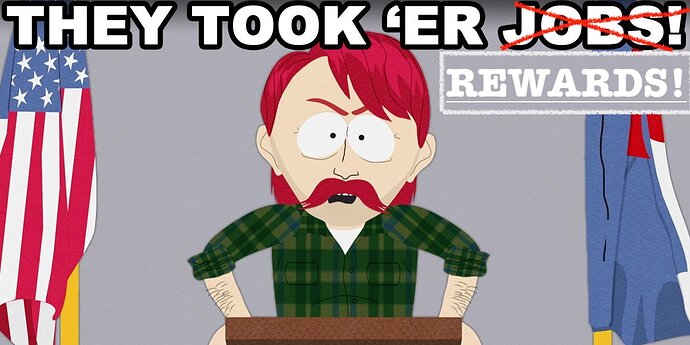 This is a difficult matter. On the one hand I believe gVires stakers are not entitled to guaranteed high APY. Their earnings consist out of a % cut of interest paid on the platform. Since total interest to be paid will go down so will their earnings. Interest payments have been unsustainably high. Demanding a continuation of a cut of an unsustainable interest is wrong. On the other hand, I do sympathize with them and feel middle ground could be reached somehow. gVires stakers are by definition long term investors in the platform and are to be taken in to consideration when discussing such a major decision.

My suggestion for a new proposal

I suggest a new proposal should be formulated by the team addressing the points above;

No one should go for the blonde

I’m reminded of the bar scene of a beautiful mind, the one where Russell Crowe first came up with the Nash Equilibrium. This situation has a lot of variables that effect a lot of people.

When voting on the next proposal we should all realize that like in a beautiful mind, we should vote on what’s best for ourselves AND the group, and if that means you don’t get the blonde? That’s unfortunate, at least you still get laid.

This is a long way of saying what we have been saying since the proposal first appeared.
gVires owners will concede to support the separate whale market idea only if the Vires protocol share is increased. gVires value is already down -85% from ATH, and the token is down -80%, and it is not because the market changed; it is because Sasha keeps trying to lower the interest he owes, even though he is borrowing almost 100% of the stablecoin supply. (Which originally had a borrow rate of 106% APY; now Sasha wants the special privilege of 2.5% APR at the expense of gVires owners again?) Raise the protocol share, period.

Community is too stupid to deal with problem.
VIP-24 should have obviously passed

Most coins are down 85% from ATH, so yes of course the market environment has lots to do with that. Also gVires is yielding for you so your loss isn’t 85% if you bought the top.

That being said, the vocal minority of gVires holders have spoken and they want some form of compensation. I don’t think that increasing the cut gVires stakers take from 10 to 15 or even a bit more would impact the system that much. So if that’s what it takes, I have no problems with incorporating it. That’s what my proposal is about. Explaining the matter at hand and tweaking the original so that it’s fairer for everyone.

Furthermore, please note that if nothing changes and Sasha is unable to pay of the debt then your staking rewards go to 0 as well.

I agree, I was quite surprised that it wasn’t accepted either. I don’t think most of the community understood it’s implications let alone the current situation we’re in. Maybe the team could have done a better job explaining everything. I hope I made things a bit clearer and a follow up proposal is in the works!

Very true that people didn’t fully understand it. On the TG chat a few ppl legit thought all lending apr would drop to 2.5% which is crazy

So put up the new proposal! If the APY for gVires stakers is raised (or even unaffected) it will likely pass.

the vocal minority of gVires holders have spoken

This “minority” apparently had more gvires than your supposed “majority” tho. But that’s a very good thing actually. it means it’s not just Sasha, Waves and WavesCultArmy having control over the platform. It means we’re actually getting decentralized.

Very true as well. The idea that the majority of people who paid money for gVires and then locked it away for 2 years assuming massive risk want their yield destroyed is asinine. I have no doubt there is a minority here, but it’s the minority of holders who want to simp for WAVES and Sasha Daddy. The majority of Vires holders have spoken, and we don’t want to fall on our swords yet again!

I am not opposed to sacrificing to fix this shit.

But I am opposed to being the sacrifice.

At 2.5% waves/sasha stands to make a fuckton of money. Hell, if they start buying LPs to pay with, to push up price to let more people get out, they’ll make even more… And while they benefit on taking on the debt, the rest of us are losing hugely.

If I sacrifice myself, so does Sasha/waves. It’s that simple.

all lending apr would drop to 2.5%

Not crazy, could happen, via utilization rate diminishing, cheers

What I mean by the (Vires) market is that starting on 1 April, about $308M USDC became 100% utilized, and as of today, 3.5 months later, there is still $279M USDC borrowed, which is 97% utilization. (And similar numbers for USDT.) So although gVires should have lost some value through distribute of tokens and less borrowing, it should be down maybe -25% from ATH. But it is down -85% largely because of the controversial vote that set an artificial borrowing cap at 40% APR. And then if this proposal had passed, gVires would have lost even more value.

It is odd that the Vires team has so far ignored every statement calling for an increased protocol share, even though it is a very simple and reasonable negotiation trade-off that would likely allow their idea from VIP-024 to pass.

Big true! Raise the APR by 10% to 20% and they would likely have themselves a deal.

Furthermore, please note that if nothing changes and Sasha is unable to pay of the debt then your staking rewards go to 0 as well.

From an ecosystem sustainability standpoint- greed is bad, health is good.

And one last thing: dear Sasha & Co. please use the GOOD writing skills BEFORE next vote and not AFTER the vote for postmortem declarations. This should be feasible. Keep up the good work and learn from everything else please.

The huge usdn suppliers are the ones that blocked the market taking out usdt/usdc. Probably because they bought cheap usdn (super depeg) and requested usdt/usdc. Fix that with an oracle, before making changes that might lead to the same problem again, instead of these measures that only screw those who support the protocol: block money and receive vires (we block and same APY as before)…

On the other hand, the group’s invention for neutrino holders to get rich while devaluing waves to return USDN to parity, seems unfortunate to me. The team supports him, but they sinks waves coin, I don’t understand. Look for more support for usdn: gold, less volatile assets…