The project dies - and the team watches.
as I understand it, the team wants to pay off debts by USDN.

but when the bubble bursts, it will be just rubbish.

if it continues to be ignored and allow this user to simply suck out USDT and USDC…so you support this destruction of the project. 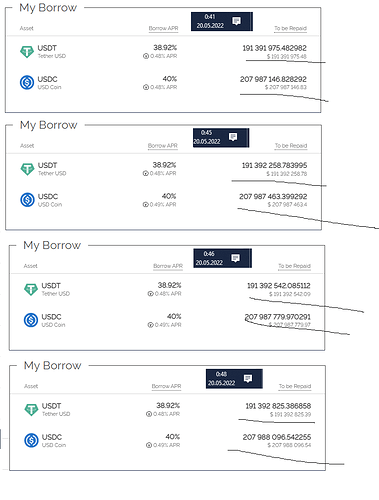 Your screenshots aren’t showing him withdrawing. It’s showing his debt increasing due to interest. It’s increasing by 400k+ per day at current rate, with 7% health left.
Here’s the info you didn’t include. 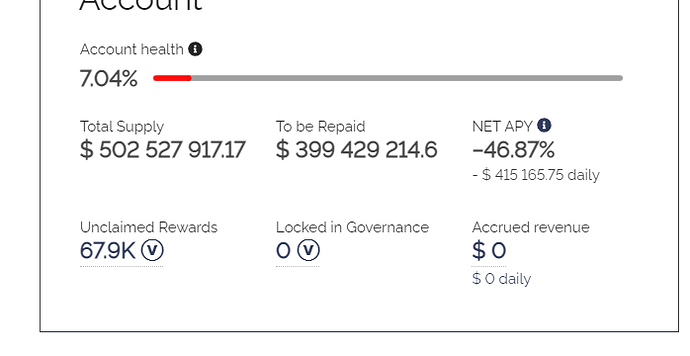 Easy to check the blockchain. He haven’t touched vires for a month. No repayment or withdrawal. Just post his address like I did…

Explore latest tokens and NFTs, search for transactions or see portfolio overviews of any address on the Waves Blockchain and make use of powerful filters and even a CSV export!

ok. sry. the text was written on emotions
I am depressed by the current situation. I will delete a subject.

I understand… I wouldn’t delete it though. I’m sure the info is useful to people. It is the biggest debtor after all. And he is not paying off his debts. Your emotions are valid enough, he is blocking the money.

It’s not far fetched believing he have no intention of paying it off.He’s losing 400k per day. In a bear market, were usdn is slightly depegged. I could assume he stopped caring about his USDN. It seems unlikely however, as tracing payments from his wallet, shows he’s heavily invested in the waves ecosystem. One could easily think it was waves themselves, based on the connections this wallet have. Largest bags of puzzle and EGG, is he sending transactions to.

So I get the rumours. But he’d lose sooo much money, not just on this wallet, but from others too, if waves dies, he’s just as stuck as the rest of us.

Thanks for the complete answer. When he gets liquidated USDC liquidity will be back?
500M supplied it’s about 65% of the total USDN supply!

As far as I understand it, one of the assigned liquidators have to call the liquidation. Then the liquidator trades the liquidated currency, in this case USDN to buy USDC and USDT on the market to pay off the debts. Exactly how the liquidator handles it, I’m unsure of. But if 300 million usdt and usdc is be bought when he’s liquidated, then usdn depegs. At least for a while. lol

This WHALE (probably WAVES Team itself) is not going to pay off the debt. The total debt is now almost 400 kk ! Look, he only pays off small amount of normal stablecoins from time to time.

He hasn’t repayed a penny for a month.

That’s the result of their move against alameda. They “borrowed” alameda’s stablecoins. That’s the revenge for shorting WAVES token.

They should be reported to SEC for “borrowing” large amounts of normal stablecoins for depegged USDN.

It’s obviously the Waves Team itself. No one else could have 65% of the supply. It’s true that the total debt is 400M but he has 390M in the wallet so he could paid it if he wanted to (Waves Explorer & Portfolio Overview | wscan.io).

I don’t understand why you think the “borrowed” Alameda’s stablecoins. Do you think that the USDC/USDT supplies were from Alameda?

I’ve quite litterally told you multiple times to report them to the SEC since you’re so sure of it being theft, but you don’t. 2 reasons for that, you don’t have the proof of theft, and you’re a thief yourself. Remember how you told people to borrow money with the intend of not paying it back?

You’re a little wrong. He have a total of 500 million usdn supplied as collateral for his 400 million debt.

There’s a simple reason why he’s not paying it off. Well, there’s a couple of reasons why if I was in that situation, wouldn’t pay it off right now either. but the biggest reason is that It cost him less money this way. There’s not enough USDT and USDC around, if he buys 400 million to pay it off, USDN depegs, probably for good this time… So it’s cheaper for him to not pay it, as he’s heavily invested in the waves platform in other projects too, so he’d lose a billion or something if usdn goes to 0.

And don’t mind this Jankee dude… Screaming theft is all he can do. No proof, nothing. All while he tells people to steal himself.

The team is the killer 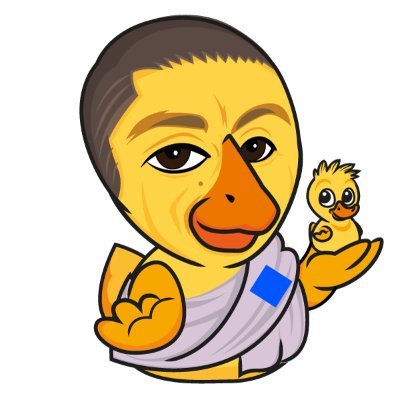 @sasha35625
#Waves is decentralized, but, on the other hand, I assume full responsibility for what happens in Waves. Recently there has been a liquidity crunch situation on https://t.co/X8GtUDr6fT, several accounts overextended the protocol lending capacity and are close to default now
helloimnate May 26, 2022, 8:30am #13

After reading this post from Sasha, I have a lot more faith that things can be rectified. We’ll see…

Any news when money back for USDC?

I’ve been able to withdraw USDC for a few days my friend. Unless you don’t mean for liquidity providing.

you need to do that!

But still limited to 1000 USD withdraw.

When this will be removed? I need to access my money.

I believe when utilization is below 95% you can access more. The lower the util. the more you can access within limits until its below a certain point, I believe 80%, then there is no limits anymore but I wouldn’t hold your breath on getting there anytime soon.